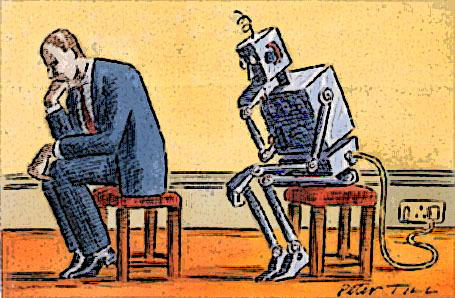 The Fifth Reasoning Club Conference will take place at the Center for Logic, Language, and Cognition in Turin on 18-19 May, 2017.

The Reasoning Club is a network of institutes, centres, departments, and groups addressing research topics connected to reasoning, inference, and methodology broadly construed. It issues the monthly gazette The Reasoner. (Earlier editions of the meeting were held in Brussels, Pisa, Kent, and Manchester.)

9:30 | greetings and presentation of the new editorship of The Reasoner (Hykel HOSNI, Milan)

In this paper, we compare and contrast two methods for the qualitative revision of (viz., full) beliefs. The first (Bayesian) method is generated by a simplistic diachronic Lockean thesis requiring coherence with the agent's posterior credences after conditionalization. The second (Logical) method is the orthodox AGM approach to belief revision. Our primary aim will be to characterize the ways in which these two approaches can disagree with each other — especially in the special case where the agent's belief set is deductively cogent.

A modal logic for reasonable belief

Most of the scoring rules that have been discussed and defended in the literature are not ordinally equivalent, with the consequence that, after the very same outcome has materialized, a forecast X can be evaluated as more accurate than Y according to one model but less accurate according to another. A question that naturally arises is therefore which of these models better captures people’s intuitive assessment of forecasting accuracy. To answer this question, we developed a new experimental paradigm for eliciting ordinal judgments of accuracy concerning pairs of forecasts for which various combinations of associations/dissociations between the Quadratic, Logarithmic, and Spherical scoring rules are obtained. We found that, overall, the Logarithmic model is the best predictor of people’s accuracy judgments, but also that there are cases in which these judgments — although they are normatively sound — systematically depart from what is expected by all the models. These results represent an empirical evaluation of the descriptive adequacy of the three most popular scoring rules and offer insights for the development of new formal models that might favour a more natural elicitation of truthful and informative beliefs from human forecasters.

Against relative overlap measures of coherence

The notion of logical consequence has been approached from a variety of angles. Tarski famously proposed a semantic characterization (in terms of truth-preservation), but also a structural characterization (in terms of axiomatic properties including reflexivity, transitivity, monotonicity, and other features). In recent work, E. Chemla, B. Spector and I have proposed a characterization of a wider class of consequence relations than Tarskian relations, which we call "respectable" (JLC, forthcoming). The class also includes non-reflexive and nontransitive relations, which can be motivated in relation to ordinary reasoning (such as reasoning with vague predicates, see Zardini 2008, Cobreros et al. 2012, or reasoning with presuppositions, see Strawson 1952, von Fintel 1998, Sharvit 2016). Chemla et al.'s characterization is partly structural, and partly semantic, however. In this talk I will present further advances toward a purely structural characterization of such respectable consequence relations. I will discuss the significance of this research program toward bringing logic closer to ordinary reasoning.

The unity of explanatory virtues

Scientific theory choice is often characterised as an Inference to the Best Explanation (IBE) in which a number of distinct explanatory virtues are combined and traded off against one another. Furthermore, the epistemic significance of each explanatory virtue is often seen as highly case-specific. But are there really so many dimensions to theory choice? By considering how IBE may be situated in a Bayesian framework, I propose a more unified picture of the virtues in scientific theory choice.

Bias, random error, and the variety of evidence thesis